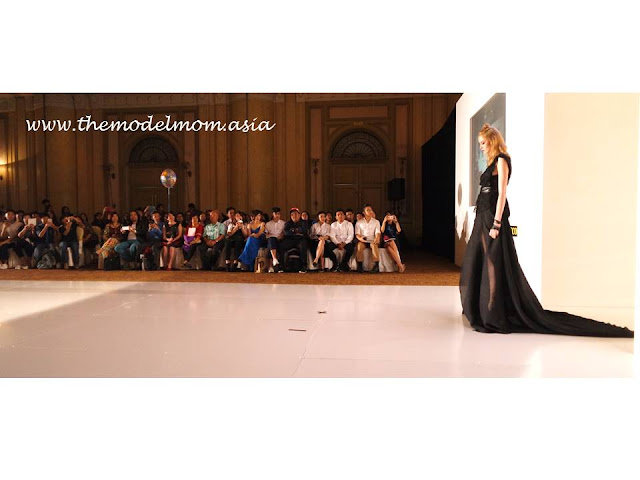 Raffles College of Higher Education Kuala Lumpur (RCHEKL) was established in 1994 and is part of Raffles Education Corporation - the largest private education group in Asia-Pacific. Since establishing their first college in Singapore in 1990, the Group has grown to operate 3 universities and 34 colleges across 12 countries in the Asia-Pacific region: Australia, Cambodia, China, India, Indonesia, Malaysia, Mongolia, Philippines, Saudi Arabia, Singapore, Sri Lanka and Thailand. Here is the best part, students have the flexibility to start their course in one city and transfer to another location to complete their qualification! 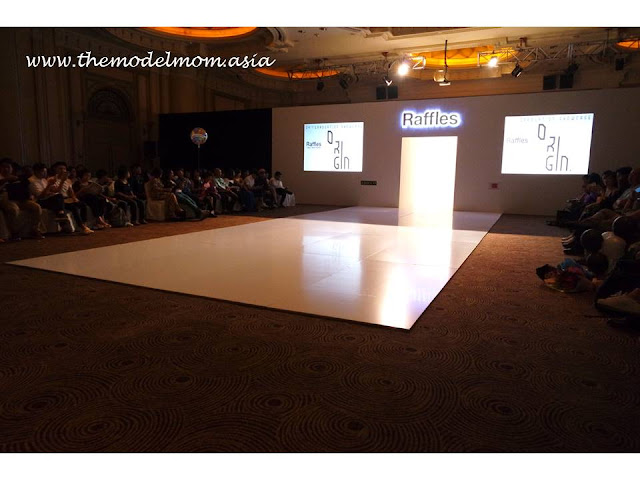 The graduation fashion show was an extra special event for the students as for many of them, it was their first time showcasing their work in full fledged fashion runway style with professional models, professional hair and make up in front of their family, friends and fashion industry.

The best part about watching young designers is to look back in a few years when they have 'arrived' and have that moment where you reminisce about their fresh and raw beginnings. You sort of celebrate the journey together and feel proud of them. Well that's just me, the mama me =)

Just as I arrived I bumped in to an old friend Mr. Syomir Izwa Sen Gupta. I was very excited and approached him eagerly. He gave me a hug and asked me if I was pregnant again. 'Whaaaat? I just fell from walking on air'. "What?" and I began to rant about how I just had a baby and bla bla bla.I made it a point to gather my shattered ego and talk to him again after the show because I know it must have been pretty awkward for him as well. He probably didn't realize that baby girl had popped out already. Yes. I am thaaat positive! It's okay babe, I forgive you.. It's probably because I was glowing that you thought I was still preggers :p

Anyway, Syomir was there as a judge alongside Fashion Designer, Silas Liew and Fashion Editor, Kathryn Rao.


The event opened with Paradoxical by Nana Ooi from Malaysia. The collection had an undeniably Japanese influence. Colours were electric blue, black, gold and white and design was kept neat and structured. It had a very distinguish regal feel to it.


The second designer to show was Erica Lim. Her collection called Senshi saw models in all black warrior style clothing with belt embellishments. The uniqueness of the collection was that it was tailored with soft flowy material contradictory to its theme.

The next collection by Tania Saraswati called Psychedelic State was a stark contrast to the former collection we had seen. Bright bold colors and geometric patterns adorned this wearable collection. 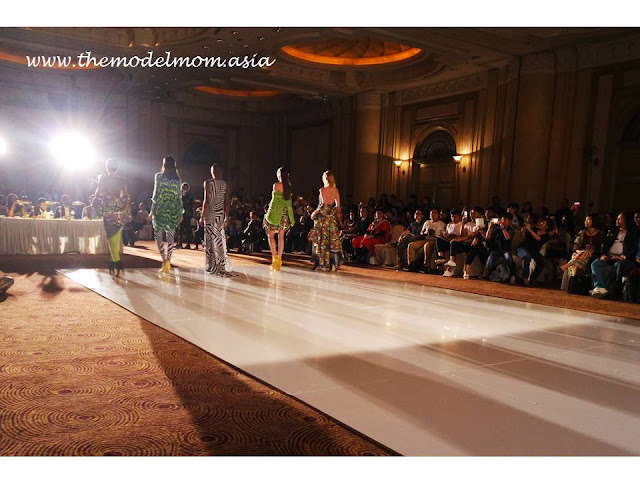 Next we saw Marie Nardelli's collection called La Belle Epoque. Colours were deep bronze and black and fabric used was luxurious. The silhouette of the collection emphasized the female body reflecting the La Belle Epoque period in Western European history that was characterised by peace, prosperity, scientific innovations and saw the flourishing of theater and the arts.


Quek Sh'un-Liann's collection titled Where Are You, Papa? Was a very melancholic. The theme was inspired by a daughter missing her father and creating paper versions of him. Colours were basic black and white with light weight fabric suitable for our local weather. The cuts were fitted on the shoulder but flared from waist down. One of my favourite outfits was from this collection. It was a white asymmetrical cut shift shirt dress


Aneesa Alsagoff's collection was very sporty. It was called Inferno and inspired by Moritz Waldemeyer's 1000 Flames which is an art installation that reflects digital flames from a hexagonal surface.


The following collection we saw was the most unconventional. It was by En Chi Koo who took inspiration from Frank Gehry's Dancing House to produce this geometric and asymmetric ensembles.

Distorted Reality by Lee Hui Mein was showcased next. The collection saw contrasting monochromatic shapes and colours brought together. It had a Korean girl group vibe to it.


The SmoG of all the collections showed that day may have been the most relevant as we are being suffocated by the haze more and more. This was my favourite collection because of the theme and how the designer, Ng Jin Ying translated it to reality through her menswear collection. The signature piece of this collection was the windbreaker style jacket with a built in backpack. I can see many man's man nodding to this collection for sure!


Next we had another melancholic showcase through Reiko Poon Shi Hui's Painful Happiness. The material used resembled tissue where I thought symbolized the Pain part of the theme and the design element on the outfits seemed to be like sparkles on Happiness.


When Niki Tan's collection 'Untamed' started to show, from the first piece itself my thoughts were retro, biker and wearable. The big umbrella cut skirt really honestly put a smile on my face when it bobbed up and down the runway.

The second last collection was a very romantic one by Lee Huei Wen titled Eternity. It was white, soft, flowy  and sensual. It was a matured look with a regal feel.


Last but not least, was 'Mama, I can't Sleep' by Michelle Li Yuan Ting. I wonder if it was purposely put right at the end to remind us that it is the end of the show so please go back and sleep. Colours were pastel pink and blue, grey and white. There was a lot of emphasis on woolly materials as scarfs. The cutest thing about the show was this model dressed up like Noddy. Well I know that using cute in a fashion review is a big no-no but come on..just look at the picture and tell me..so Noddy right?

The show ended with prize giving...drum roll please..here are the winners in pictures... 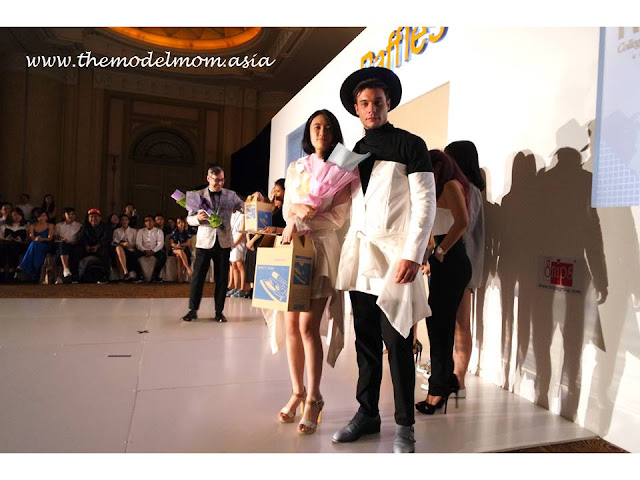 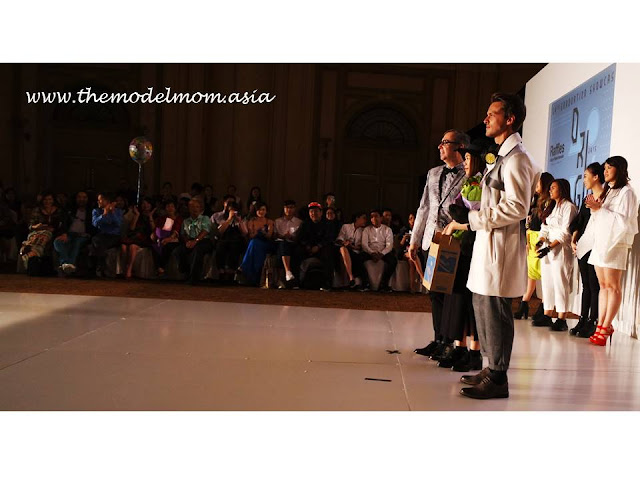 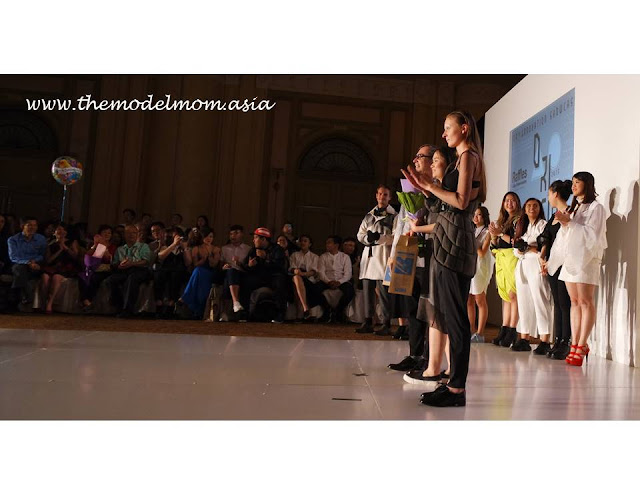 I applaud Raffles College of Higher Education Kuala Lumpur for putting on a show that was crisp and well organized with a high level of professionalism on par with industry standards.


If you are are interested to find out more about studying at Raffles College of Higher Education or know anyone who would be do register to go to their 'UN:LOCK your creative future 2015' event.

Below are the event details: