How Do I Look? Asia

I was privileged to be invited by Clozette to How Do I Look? Asia Launch in Publika. The original host Jeannie Mai, a petite lady with a firecracker personality along with our homegrown Sazzy Falak were there. The highlight of the event were the makeover booths. It was like a one stop fashion fix. There were free threading, hairdos by Panasonic, Manicures, Zalora accessories and Make-Up. Once you got all dolled up, professional photographers were at hand to capture the glamorous new you!

There was even an on the spot makeover. The host Patricia Knudsen identified a guy in the audience that was above average looking but could use some help in the styling department. Sazzy and Jeannie broke down his fashion crimes in front of everyone but complimented him on his handsome face and fit physique that he was hiding under his outfits. He was also wearing sandals which according to them is a big fashion no-no. Jeannie goes on to say that sandals are only okay for the beach and we were clearly not at a beach!

The event ended with a performance by the energetic all girl group De Fam who were actually entertaining the crowd right from the start of the event, the great reveal of the makeover, a group photo session with the hosts and individual meet and greets.

For the first season of How Do I Look? Asia, there are 8 contestants to watch:
Clozette is the Official Fashion Social Network of  How Do I Look? Asia which is filmed at an NBC Universal International studio set built in Solaire Resort & Casino, Manila. It is presented to you by Zalora and in Malaysia it is also brought to you by Marigold Yogurt Drink and Panasonic Beauty.

For those of you who have never watched the show, let me give you some background.....Each episode features a fashion challenged individual (whom we shall refer to as 'the victim'). The host accompanied by two of the victim's 'peoples' ie. concerned family member, relative or co-worker and a professional stylist tear-down the victims unforgiving fashion sense. The worst of the victim's outfits will be sucked up by the 'eww-tube' because it's just too eww!

The premise of the makeover is that the victim's style is often hindering them from being their greatest self.

I remember watching one episode where the victim was hell bent on not wanting to change her style as she thought people should not judge her. Her colleague however felt that the way she dressed caused them to lose some business deals as clients could not take the victim seriously. To prove a point, the host showed her 5 ladies (i think it was just 5) in different outfits and asked the victim to label them as 'dog walker', 'finance consultant', and I can't remember the rest but let's say 'student', 'lawyer' and 'ceo'. From this little exercise, the victim actually mislabeled them all based on how they dressed ie. the real financial consultant as the dog walker and so on.

Usually during one on one time with the host, the victim will open up and share a background story of how they ended up being fashion challenged. The makeover's aim is not to belittle the victim's fashion sense but to empower and elevate these women. All this is done in a very fun entertaining way. The lucky victim gets to choose one new wardrobe and one hairdo picked out by one of the 3 accomplices. 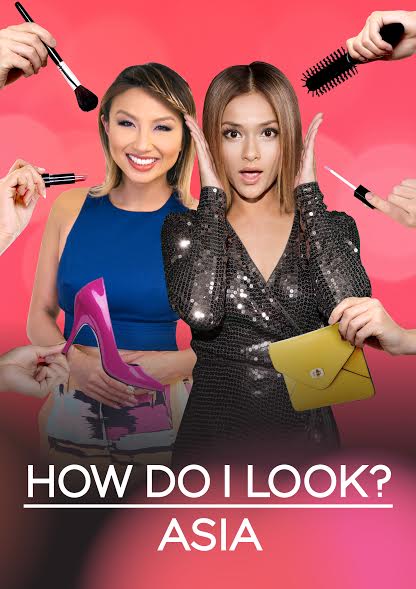 Piqued your curiosity yet? #HDILasia on social media for more and join in the conversation.

Posted by Jaishana Logan at 8:56 AM