I was sitting in the backstage of Mid Valley during the fashion week with Zucca and San when out of the blue someone passed me a note. It happened so fast and unexpected that I can't remember who it was.

She said "There is a message for you" while handing me a small folded paper. My first react ion was 'Ok I did drop my phone like 2 days ago in the Mid Valley toilet while changing and had switched it off so that it would completely dry (yeah if you were wondering I did put my hand into the toilet to salvage my phone) so someone probably tried to reach me but couldn't get through.'

I opened the paper and read it. To my surprise it was from a Japanese boy. He had come to my show the previous day and added me up on Facebook that very day. I was very surprised how he had found me so quickly. 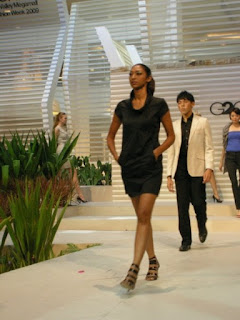 He had uploaded this picture with the caption "Throughout these fashion shows, I loved this indian lady at most! I was really impressed by her atmosphere filled with full of confidence." Aww so sweeet =)


SO back to the note. He said he was waiting outside and wished that I could spend some of my 'precious time' to take a picture with him and he wanted to give me a gift! Something like this has never happened to me before. There I was sitting stunned. Zucca and San were really excited. Zucca was like "Hey come lets go la. I'll take the picture for you. Come come come" So I walk out not knowing what to expect. As I opened the door I was greeted by this smiley faced Japanese. He seemed starstruck and me...well I was just humbled and honoured, I mean who am I anyway? 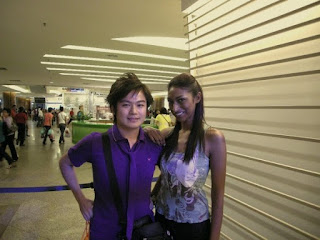 "Finally dream came true(><) Thanks for sparing your time today, Ms.Jaishana! You were more polite&modesty model than I'd imagined. Actually I wanted to talk more, but I stopped my selfishness!haha (as it was middle of show) Thank you so much again**"-Ryo


After the picture he told me that he brought me a gift. He insisted I should take it. I said no at first. Then he told me it was a Coffee Canister from Starbucks Japan and you could not get it anywhere else. Coffee? Cool I like coffee! Starbucks Japan? Awesome...that maybe the closes I get to Japan anytime soon anyway. And since it was a very humble and sincere gift I excepted it =) 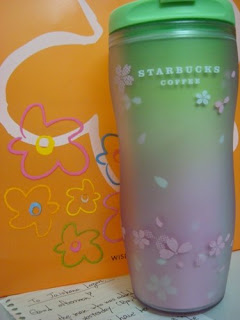 Very noice. I loike. My first official fan gift all the way from Japan! Yataaaaaaa!
Posted by Jaishana Logan at 9:49 PM

I too think you are confident(in a very good way) and I admire your professionalism a lot (:

so sweet of him~

Thanks Samantha, for your comment and the terbalik smiley (: thats really cute.

mel n a'ishah - yeah sooooo sweet. I was really wishing at some point he would say Yataa like Hiro Nakamura tho. hehe

Two seasons of MDG and I feel u are the only true dreamgirl so far. Have fun in your modelling journey.

where did you get the gorgeous black strappy heels from? please please... i really want to know.. you are a hot stuff Jay =)

Anonymous anonymous...you the same people? Well which black strappy heels? The one in the oic I assume? It's from Esarli. very very affordable but don't remember how much. i got it this season so if you go NOW maybe they still have it =p. Specifically its from Mid Valley Esarli. Happy walking =)

Nope both anon are different people. :-) the first is posted by yours truly

anonymous anonymous not the same people la.. =) thanks, when i go kl i'll look for esarli. thank you so much. you are very stylo, keep it up :D

WOW.. Jay.. You're so friendly. I mean, if other models, I don't think they'll go out and take pics with the fans.. You're great..

Ah this is better now I have a name to put to the Anons =)One is an android and the other is a happy shopper ;) eheh

ahlost> No point being unfriendly I think. No gain. Plus for me its like I appreciate people who appreciate me. They make me who I am and are the reason I strive. Omg! I sound like some Ms. World speech huhu ~_~

I got routed here and I can remember.
he he he...
blame that on that cover of FEMALE mag which I did buy and said "Hey..so this blogger is a model..how kewl is that"

It was really nice of you to make that guy's day Jay. Keep that up and you'll go far... :)

QM...im really wondering how you got routed here =p You have soooo many blogs..how do you manage them all? I dunno if you can call me a blogger tho cos Im so bad at updates! Im sure my readers wana kick my lazy bum! Thanks for the well wishes babe! xoxoxo

argh! i wanted to get a mug or tumbler for Starbucks Tokyo, but it totally slipped my mind! :)
wedding pics lookin good! All the best for the big day!