Brace yourself as I am about to reveal my secret (or not so secret) obsession!

A day before the MTV music awards right here in Genting, Malaysia my friends threw a hen party for one of my Best Friends, B who was getting married (now married) - Well it was a very tame hen party as there weren’t any strippers or stuff like that (not that it mattered). B just wanted to spend some time with her girlfriends. So we all met up at this place at The Curve and celebrated her departure from singledom with her symbolically cutting a White Chocolate cake (this part is not the symbolic part) which carried the wordings “My Single Life”.

It was a very close party. The invitees were mostly childhood friends of which some were still single and available, some complicated, some in a long term relationship, some married, some with kids and one even pregnant at 9 months waiting to burst anytime! God that was scary…her baby would have been born in a Club! Anywho….. the guest of honour, B decided we should all head to a Mamak near her place before the sleepover.

At the Mamak all eyes were on us… yes some short, some tall, some fair, same dark, some with short skirts, some with tudungs….guess we did look like an odd bunch to be out together. Odd not cos its wrong…its just not something you normally see. We sit down for more chit chat @ girl talk.

Then it happened…. B’s cousin who is also my friend announced that she and B would be going to Genting for MTV awards. At this point I’m like “cool”. Pretty un-amused. I told them that it didn’t really bother me that I’m not going. Its like for teenagers anyway… There would be only one thing in the world that I would regret not going for….Justin…yes Justin Timberlake! That’s when Lina (that’s B’s cousin) dropped the bomb! “HE IS COMING LA” she said.

“What? He can’t be.” “But he is!” says she. Ok this woman works at EMI, so what are the odds she could be wrong right? As that thought sank into my mind I started to feel sick; my stomach was doing 360 x infinity, I felt like throwing up, I couldn’t even feel the weight of my head on my shoulders anymore…I started talking to myself, in my head of course

“OMG this can’t possibly be happening” says insane me.

“Owh come on, you are such a level headed person, why you acting like such a loser, It’s just some performer for gods sake! What difference would it make in you life if you went or not?” sane me tries to knock some sense into me.

“Yes, he is SEXAAY….n HAWT” sane me gives in and melts to butter.

~Back to the Mamak~

Insane me n sane me, “No Lina Im not ok! How can you not tell me that he is coming down? I can’t take this. He is not coming down. I pray to god. No. I know he is not coming. He isn’t. I’m not going BECAUSE he is NOT coming. And if he does come I don’t know how I will take it. God! I can’t take it. Anyway, I wana go backstage. I don’t just wana watch him from far. Hmmm… if I get to see him..I probably end up saying something like ‘Hi’ and smile like a big dork! I guess its ok that Im not going cos I cant get backstage passes. So its ok…Oh no!!!! What if I open FACEBOOK the next day and there are like some people took pictures with him and all that? I reaaaaly can’t take that. That’s so sick! He’s not coming! You better hope he doesn’t come…cos if he does and there are those FACEBOOK pics or something like that I swear that I won’t talk to you guys for few months. I don’t think I can. I’m sorry but I feel sick. Don’t bother calling me…..”

AND THAT’S WHEN I KNEW HOW SICK MY OBSSESSION WAS!

I’m not proud to admit it but I was a wreck until I was informed that he didn’t come after all!

It was last Friday or sometime last week. I woke up kinda later then I wanted to, about 10am, made my coffee and switched on the telly. I flipped the channel to Hallmark cos I know Oprah should be on at this time. O for Oprah…Oh Oprah can anyone not like this woman? She makes me wana spell owesome with an O!

OMG! Its him. I do something well weird at this point which caught myself by surprise! I hugged my telly! (What? Are you out of your mind?) I was ecstatic. He in all his charm was sitting here in my living room! I became a little girl again… I ran to the my room and grabbed my digital camera. Damn. The battery was pretty low, threatening to die on me any minute. I plugged it up to the charger near the telly at the commercial break. Then he appears before my eyes again. I quickly start aiming snapping trying to capture him as if I was in the crowd. He was gorgeous. The way he spoke was indeed captivating.

The next segment he serenaded me with “What Goes Around” complete with him on the piano. Again I melt. He was so connected to his music and his crowd. He wasn’t just a pretty face but a Justified (pun intended) artist. His fingers glided thoroughly yet smoothly throughout the piano hitting the notes strongly. Energy coming through every hard strike…. @_@

To Lina: I’m sorry I sounded really possessed. I love you ~_~

To Sujen: Thanks for being so understanding. Even when I involuntarily cry out whenever I hear a Justin song.

To Bulma: Why la no strippers? eheh

To Youwhois Readingthis: Im sorry If you feel like throwing up after reading this. 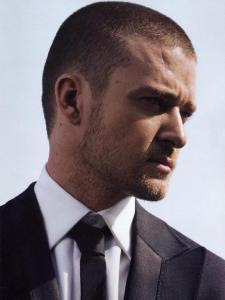 PS: My camera is kaput for some reason I don’t know. ..

well i went all the way to Genting to try and catch a glimpse of Jared Leto.

I did get a picture tho!

...with an amazingly huge poster of his head.

my goodness! i am obsessed with justin too. more like i fancy him. but no, u are more insanely obsessed!( =P )
his style and dance moves. he's darn sleeeek and smooth. but yeah i understand how u feel if he had come down man!

yeay! im not a freako!

what an interesting story... i wish some girl would write that about me ...

i'm a huuugeee fan of JT too!! I sure hope he'll come to Malaysia for a concert. Oh wait, i prefer if he'll do some kinda unplugged or more-private kinda concert where tickets are so expensive, it's exclusive... so that we big fans can have him for ourselves!

i'm starting to get worried here... and here i thought we men were bad....

I agree with you mayz... if you ever get an invite to that private party make sure u bring me along with u! Helen? bamboozled? u wana come? mel? eheh. besnyeee